Meli through
the years

Meli honey doesn’t only have a rich flavour, but also a rich history. A history of almost 100 years, during which an incredible passion for flavour and quality play the lead role. Meli was known for quality honey as well as for the Meli Park fun-fair. Today, Meli honey and honey products are the focus. Just like in the past, Meli is a very close family business, that invests in innovation and is firmly committed to sustainable business practices.

The early years of Meli go back to 1925, when founder and leader Alberic Joseph Florizoone (°1907) started to sell the honey he harvested from his parents’ backyard to his neighbours, friends and relatives. The love of bees was in Alberic’s genes: he was a fourth-generation beekeeper of the family. For the previous generations, beekeeping had been mostly a hobby, but Alberic saw his future in it: he made honey his trade.

Placing an ad in the local newspaper, which described the qualities of his honey, and going door-to-door to local shops, Alberic started to sell his honey. Meli honey – which was then being sold under the name of Veurne-Ambacht Honing – became a success in no time, and in 1927, the born entrepreneur was awarded two prizes at the National Bee Exhibition in Leuven.

The glass beehive: first in the world

In 1928, Alberic came up with the idea to go to his aunt’s cafe with a glass beehive, to show everyone how honey was made. He told passers-by all about honey and let them taste his honey.

At the International Exhibition of Antwerp in 1932, his beehive was presented as a world’s first and Alberic was awarded a gold medal. His presence at the Culinary Salon in Brussels made the front page of De Standaard and other papers, that described his glass beehive as ‘one of the peculiarities of this exhibition’. Alberic Florizoone was convinced more than ever that his idea offered great potential and started to ponder on the concept that later would become Meli.

A passion to share: the early years of Meli Park

Alberic Florizoone’s ambition was big, so he started looking for a commercial name for his honey. Alberic came up with an anagram of ‘miel’, the French word for honey: Meli was born. As a result of the Second World War, French honey was a delicacy of the wealthy middle class, and they spoke French. Later Alberic found out that Meli is the Greek work for honey; a clever coincidence.

A new name, a striking label and a true honey paradise.
Alberic constructed a revolutionary building in Adinkerke, designed by the cubist architect Jozef Denorme. On Easter Sunday 1935, the Bee Palace opened its doors and immediately attracted loads of visitors. Mr. Florizoone gave guided tours all day long and for the next days, weeks and years, more and more people visited Adinkerke. With a conference room, an exhibition hall, an open space for beehives and a cafeteria with a patio, Alberic had a place to receive visitors and guide them around the bee world. In the basement, there was a room purposed for rolling and pouring honey. That was the beginning of the Meli Park.

Meli Park officially opens its doors: a first in Europe

The number of visitors slightly declined during the Second World War. But the Bee Palace attracted so many visitors after the war that an expansion was needed. A new building complex was constructed, which had a view of the immensely popular bird park, rustic buildings, a deer meadow, a flamingo pond, etc. A dream that became a reality, because over the next few years the Bee Palace became the most popular attraction on the Belgian coast, under the name of Meli Park.

Through the years, the park was further expanded with attractions, such an enchanted forest (Sprookjesbos), a zoo, dancing fountains, the Apirama, Carioca, Splash, monorail and much more. And that is how Alberic Florizoone became an amusement park pioneer in Europe, without ever having intended it. With the growing economic prosperity, leisure time became increasingly important to Europeans and every day, big groups were welcomed at Meli Park. Even visitors from France, Germany and England came to Meli Park. A success that the Florizoone family is still proud of today.

In 1999, Alberic Florizoone was honoured for his pioneer work posthumously (he died in 1992). His photo is featured in the Hall of Fame of the International Association of Amusement Parks and Attractions (IAAPA), next to those of Walt Disney and Anton Pieck. To focus more on the core business, honey and honey products, the Florizoone family sold the amusement park to the Belgian corporation Studio 100 that same year. After a thorough rebranding, the park would continue under the name of Plopsaland.

Due to the park’s success, imminent mass distribution and the first supermarkets, the honey business was bursting at the seams in Adinkerke. In addition, it became increasingly difficult to supply all of Belgium with Adinkerke honey. Meli outgrew its local facility and moved the pouring equipment and storage from Adinkerke to Brussels, where Alberic’s import ambitions could also be realised. He wanted to be able to supply the public with enough honey all year round. Because honey was a winter product in Belgium, he went looking for honey all over the world. During the sixties and seventies, Meli kept on growing, along with the Belgian distribution, and Meli honey became a national brand item.

During the Brussels World’s Fair Expo 58, Meli created a big, 1200 m² pavillion, next to Vrolijk België which included the attraction The Wonderful Beehive, the Water Symphony and a sales booth with Meli products. After that, Meli operated the city park Meli Heizel until 1986. Today, you will find Bruparc with Mini Europe and Kinepolis at this site.

A market analysis in 1995 showed that increasing amounts of liquid honey were being consumed. To meet the expectations of the customer, Meli introduced the squeeze bottle. Its convenience in the kitchen gave sales a nice boost. It also made Meli stand out abroad and so it entered the international market.

The building in Brussels could not accommodate Meli’s international growth. There were no options for expansion, because the building was a protected heritage site. So, Meli went looking for a new location and they set their sights on Veurne.Consequently, Meli moved back to its home base.

Meli opened one of the latest honey-pouring companies in Europe in 1997. 4,660 m², equipped with high-quality honey technology, including the first fully automated fill line for squeeze bottles. During that same year, Meli honey was recognised by various quality institutions.

In the years following the introduction of the squeeze bottle, Meli invested in 3000 m2 of solar panels and a water storage tank for picking up high carbon wastewater (in cooperation with water purification company Aquafin). They also started investing a lot in production, storage space, quality control and internal laboratory.

Meli has valued quality ever since 1925. The company has its own laboratory where daily analyses are carried out. In 2018, an additional investment was made in an NMR machine (Nuclear Magnetic Resonance). Thanks to this piece of state-of-the-art technology, the purity and traceability of the honey can be guaranteed.

The NMR machine is comparable to a food scan: they make an identity card of each sample of Meli honey to guarantee its authenticity, quality, freshness and origin at all times. Meli honey is carefully selected and inspected.

Meli is still a close family company that’s been around for nearly 100 years! Alberic’s one-man business grew into a mid-sized European player with over fifty permanent employees. The state-of-the-art business site measures 14035 m2 .

Anno 2019, the focus is not only on top quality, but also on sustainable business practices and a conscious interaction with the environment, society and people. After nearly 100 years, Meli is still all about nature.

There is fantastic news for honey fans, as Meli has acquired Dutch honey maker de Traay. The largest Dutch producer of honey is well known for its organic honey, Bee Honest cosmetics and its passion for bees. This takeover combines the synergy and complementary nature of two close-knit family businesses with innovation as its objective.

De Traay remains active under its own name and will manage its own affairs from Lelystad. This will preserve the product range and reflects the deep mutual respect for both companies’ individuality and culture. Our ambition together is to let as many people as possible enjoy a wide variety of high-quality honey. From Veurne in West Flanders to Lelystad!

Meli invests EUR 300.000 in a new laboratory
In order to meet the growing demand for honey, Meli – the largest honey processor in Benelux – decided to invest EUR 300.000 in a brand-new laboratory in which experts will analyze about 1400 honey samples every year and ensure thanks to the latest technologies that the honey is traceable at all time and meets the highest quality standards. 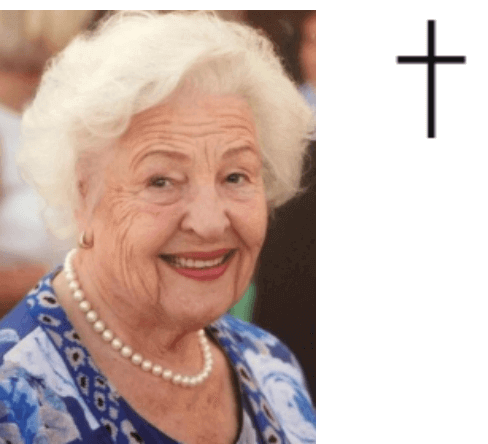 On October 7, 2021, Marthe Florizoone – Van Doren, widow of Alberic Florizoone, died. Together, they were the founders and inspirers of the Meli Park and Meli nv. In gratitude for their life and work, we continue their business with an enormous passion and love for people, bees and nature.